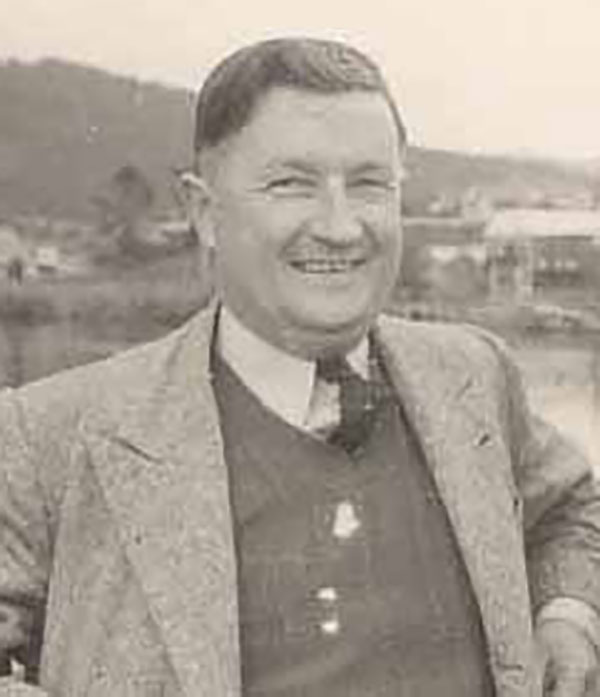 • Achievements include contributions to the Memorial Hall, Clubrooms, Grandstand and the Ken Farmer Gates as well as donating the Life Member board

“After eleven years of tremendous effort and great service as Hon. Secretary of our Club, and a history of achievement which, as far as I know, has not, but should have been written for Club records, J. W. (Jack) Forrester continued his interest and in 1959 was elected unopposed as Hon. Treasurer. We extend to him our sincere appreciation for the service in both time and effort he devotes to our Club. Jack is a busy man in private enterprise yet finds in his leisure hours the necessary time to carry out his important tasks. Great experience and ability have enabled him to be one of ‘the most efficient administrators to grace the North Adelaide and League committee tables. Thanks, Jack, for all you have done to keep the game progressive”
– 1959 Annual Report

“Two things stand out in this distinguished football career. Firstly the N.A.F.C. Players' Provident Fund, only recently changed to Players' Retiring Fund, and the Memorial Hall and its alterations on Prospect Oval. A driving force behind both of these, they are now realities to stand the test of time. J. W. Forrester has served North Adelaide in practically every position possible in the administration field, working his way up to his present position as President of the Club. The knowledge he has accumulated over the years has been truly remarkable and seldom needs to refer to a book of rules to answer the many questions posed to him. His decision not to continue as President for another year came as a shock to members and management alike, but nobody will begrudge him a well and truly earned rest from constant football activity. Jack Forrester's name will go down in football history as one of the "greats" in administration and North Adelaide will be proud that this man spent his entire career with their club”